In the mid 1970's, during my teen years, my interest in electronics resulted in my building of a totally "home brew" computer.  It was based around the RCA 1802 microprocessor.  I started with a basic circuit diagram as published in "Popular Electronics" magazine, who referred to it as the Cosmac Elf.  I wanted something "fancier" than the open breadboard type of circuit, so I designed mine based loosely around the IMSAI 8080 that I had seen in magazine advertisements. 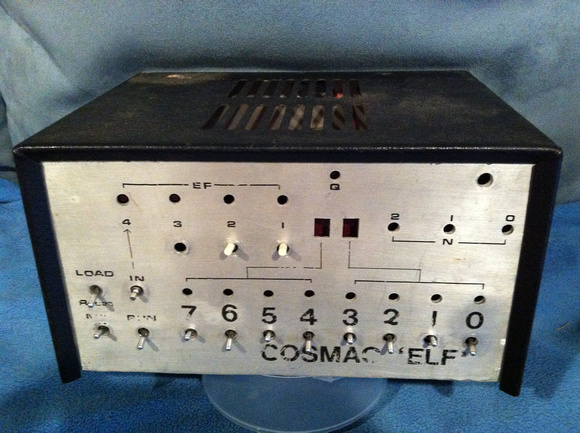 Cosmac Elf - Home made computer, 1975My FIRST computer - homemade &quot;Cosmac Elf&quot; from 70's. No keyboard, no screen. You flip the 8 switches (7-0) into a pattern that represents a number or letter, then press input. The display is the two squares which could display TWO numbers or letters at a time! Years of fun from this...1975

It featured eight on/off input switches (7-0) to set the binary data input of HEX digits.  Plus a 2 digit HEX display (0-9, A-F).  Also 4 special EF input switches that could be set to control other devices

1K MEMORY BOARD, home made 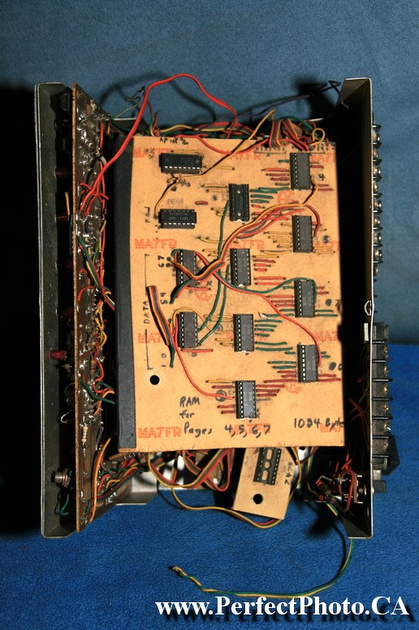 The circuit board shown here was an evolution of the original 256 Byte design, adding 1024 more bytes (1K).  I used a kit from Radio Shack to etch the copper backed circuit boards, using my own designs, based on the schematic.

My interest in electronics was spawned at the age of 8 years old, when my dad showed me how to build a home brew "Crystal Radio", using a 50 foot long copper wire as an antenna, a toilet paper roll coil, cat whisker diode, and headphone set from his dad. 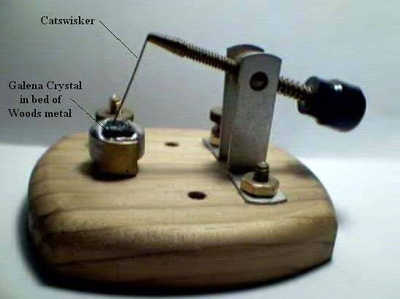 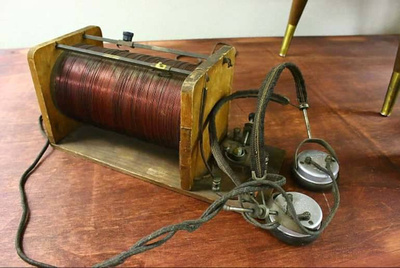 CrystalRadio2Coil and headset for Crystal Radio